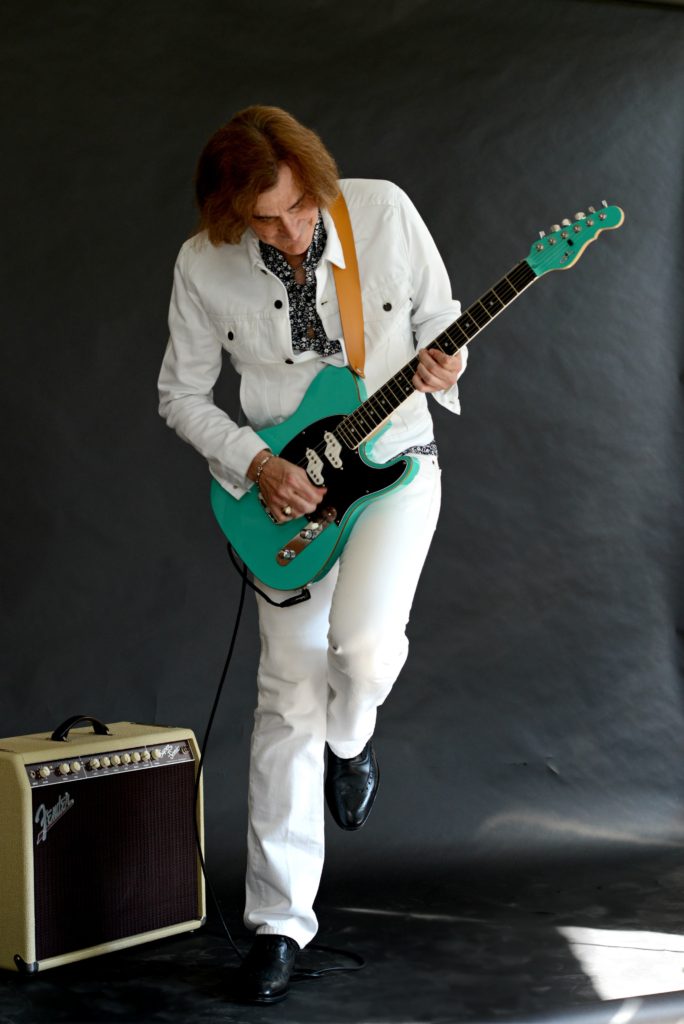 Jamie Palumbo was born in Elmhurst, Illinois just northwest of downtown Chicago, along with his 5 brothers.  Sister Lisa was born in California after the family, “packed up the station wagon and headed out West” as the lyric goes in Jamie’s Song “Illinois Boys” on the new album “Live and Love The Long Haul”.

The Palumbo Family is of Italian decent on the father’s side and German, English on the mother’s side.  They moved from Elmhurst, IL to the desert town of Indian Wells, CA and then the big divorce happened, Jamie’s father walked away from the family and left his mother alone to raise 7 kids and now they had to move to Indio, California and start all over in a house without air-conditioning and that old house would burn to the ground on Christmas Eve about 1 1/2 years after they moved in.  Luckily, after all this, they everyone escaped the big fire unharmed.

For a little bit of family history, when Grandfather Palumbo was a young man, back in Chicago, he worked for Al Capone the famous gangster. Jokingly, Jamie’s dad would refer to the family station wagon as “the getaway car” as an homage to Grandpa Palumbo. What this has to do with Jamie’s music, no one really knows, it's just that it's true and it sounds cool.

The first musical performance for Jamie was when he was 7 years old, singing in the church choir at St Johns Church in Indio and later in the grade school choir. That is where Jamie learned to sing harmony and also by listening to his older brothers play Beatle and Beach Boy Records and sitting around the piano while Brother Mark played and sang Lennon and McCartney Songs.

Jamie’s first passion was playing organized baseball and being a slick shortstop well into his late teens. Around the same time he turned to playing the guitar seriously at age 14, all of the brothers played guitar and or piano at an early age while Sister Lisa studied dance. Coming from such an intensely artistic family, it was inevitable that by the age of 15 Jamie was already playing in bands and performing at a church social for his first official gig and then many large back yard parties that would sometimes draw crowds of hundreds of people all over Orange and Riverside Counties in Southern California. Not a bad start for a teenage boy.

Moving away from home at 19 and then moving up to Santa Monica and slugging it out in the LA Club scene for years, music became a full time focus, with the main goal specifically being to write and record albums.  In Los Angeles it's difficult to play live shows due to the pay to play system.  Recording is more cost effective although Jamie longs to do more live shows as soon as possible.

Having many different musical influences in pop, rock, classical and jazz, some of his favorite vocalists are John Lennon, Chris Cornell, Paul McCartney, Robin Zander and Andrea Bocelli. His favorite guitarists are Jeff Beck, Ritchie Blackmore, Joe Bonamassa and Eric Johnson for electric and Andres Segovia and Julian Bream for acoustic guitar with Larry Coryell and John McLaughlin for Fusion Jazz. Now, if you can, mix all that up with Beethoven, Bach and Chopin and you have “Jamie Palumbo Modclass Rock”. Don’t worry, no one else can figure it out either?